Faith comes from hearing the message, and the message is heard through the word about Christ.

The Opening of Home of Hope has provided new opportunities and perspectives. In January of 2020, we began making preparations to launch a Bible School at the end of September of 2020.

Unfortunately, there is no such Bible school in the Estonian Lutheran Church today. At the same time, there would be a great need for it, because there are many Christians who know God’s Word very little. Without knowing God’s Word, it is not possible to grow and become spiritually strong nor to share the Gospel with others.

The originator of the idea and coordinator of the Bible School is Pastor Marek Roots. He is TAT's alumni and has been pastoring in the Lutheran Church for 17 years. Read his testimony below.

On September 21, 2020 we launched Home of Hope Bible School. Interest towards this was unbelievable. We were hoping to have 20 participants but we were really surprised that 80 people registered before the starting date. The Bible school was fully sold out. We are so grateful to God for this great blessing.

After the launch even more people wanted to be part of the school. We were able to let them in as we could see that all people registered would not attend classes every week and several are following us online. All together 90 participants registered.

Additionally, people from different parts of Estonia were interested in our Bible School.  We were able to establish campuses and now we have three partner congregations where people gather to watch live-streaming every Monday evening. With such a system the actual Home of Hope Bible School student body numbers grew closer to 110 during first year.

Second year we were having 50 participants and bit more then half of them were following us through web channels. This was also over our expectations because we didn't expect very many participants after extraordinary first year. We were hoping for 20 attendees.

As fellowship is an important part of this Bible School, we had not planned to offer only web-based lessons but this is an additional option. Thus we have video recorded and live-streamed all lessons since the beginning of the school and we have people following us online. This is needful opportunity when COVID restrictions are limiting in person meetings.

Third year we are having 35 students. As we don't have any COVID restrictions any more then most of the students are attending at Home of Hope. This is really good because fellowship is important part of our Bible school. Also two churches in Estonia are like campus churches this year. They gather their people every Monday evening to watch livestreaming together.

Demand and hunger for Bible school course in Tartu is over our expectations. This makes us to be devoted to work out more ways to reach out to Estonians and share the knowledge of the Bible!

Home of Hope’s Bible School first year student Agne is sharing her story how she found her way back to God through our Bible School course and how her experience was influencing many more people.

Our goal is to teach just the Bible. We won’t be dealing with different theological disciplines. As some of the participants may not know anything about Bible we can’t be too complicated in our teaching.

The planned evening program is as follows:

We are recording all lessons and we offer also live online participation.

First year we had 110 students and second year 50 students. This is much more we were hoping for.

We are expecting Christians who would like to know more about Bible and people who are not affiliated with any church. We will use the 30-minute break time for communication with participants. Thus, we would be able to build up personal relationships with them. Every evening, in addition to the lecturer, several other team members will be present to interact with participants.

The Bible School will have about 15 participating lecturers. They’re mainly Lutheran pastors, but some are also from other denominations. The Archbishop of the Estonian Evangelical Lutheran Church will also be one of the lecturers.

Students of the Bible School will pay a participation fee but this won’t cover all expenses.

We are in need of additional funding.

You may use all giving options presented on the GIVE page. Please just mark designation “TAT Bible School”.

God Had Not Forgotten Us

I was born in 1976 on the day of Epiphany in southern Estonia. It is said that the seventies were the most miserable period of the Soviet time in the Estonian Lutheran Church. A large part of the society was estranged from the church. My family and I lived near the church building, but it was closed most of the time. That was no life for me there. My parents were not atheists, but they did not consider it necessary to baptize their children. It was only later that I learned that one of my grandmothers was praying for us. Another grandmother taught me the Lord’s Prayer. God worked in spite of everything, HE HAD NOT FORGOTTEN US.

In the early 1990s, a lot changed in Estonia. Suddenly one could go freely to the church and buy a Bible. One of my older brothers became a Christian and told me about Jesus. At first I argued against him. Oriental religions seemed more interesting and better to me. At the beginning of 1995, on the evening of my birthday, I again talked with my brother. I felt that I had to decide something, life couldn’t continue the old way. My brother gave me one prayer text – a sinner’s prayer to God. I read it alone in my room. When I woke up in the morning, I felt even physically that I had become internally new. That same summer, I told God I wanted to dedicate my life to the work of His kingdom. At that time I didn’t know exactly what that meant. In autumn, I started studying at the Tartu Academy of Theology. From there I found my first Christian friends and also a great spiritual example: Eenok Haamer. He baptized and confirmed me in Mustvee just before Christmas 1995.

In 2003, I was ordained as a pastor of the Estonian Evangelical Lutheran Church. A couple of years before I had married Pirjo, whom I met at the Tartu Academy of Theology. Today we have 3 children growing in our family. Together we have served several congregations, the longest in Keila near Tallinn. Since 2018, we have been living in Tartu and working at the St Paul congregation.

Already in Keila, I dreamed of a Bible school that would focus on teaching the whole Bible. Unfortunately, there is no such Bible school in the Estonian Lutheran Church today. At the same time, there would be a great need for it, because there are many Christians who know God’s Word very little. But the Apostle Paul says: Consequently, faith comes from hearing the message, and the message is heard through the word about Christ. (Romans 10:17). Without knowing God’s Word, it is not possible to grow and become spiritually strong nor to share the Gospel with others.

When I moved to Tartu and heard about the Home of Hope, I immediately got an idea: this is a great environment for starting a Bible school! Hoping for help from God and friends, we began preparing for Bible school. Today, Archbishop Urmas Viilma has also joined this work. Looking to the future, we are hopeful!

My grandmother once prayed for me because she knew God’s Word: Ask and it will be given to you! (Matthew 7:7). Now I would like to do something myself for those to whom the Bible is still unfamiliar. That they may pray for their loved ones, our land and our people, and firmly believe that God can help. 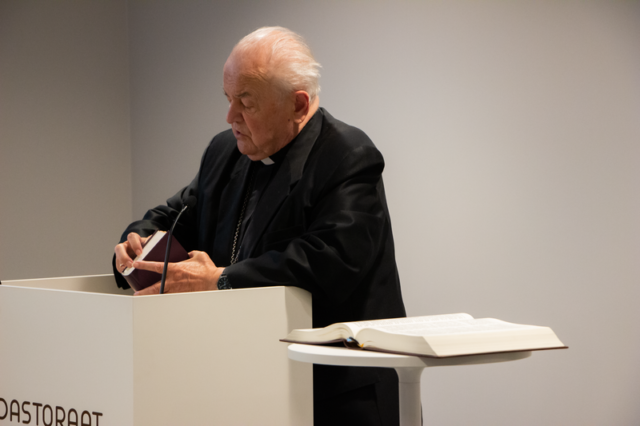 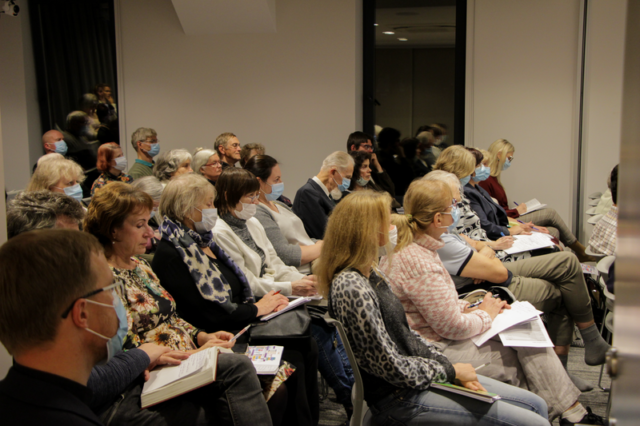 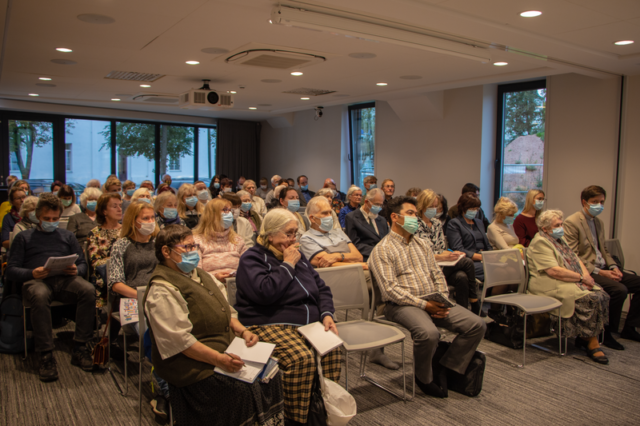 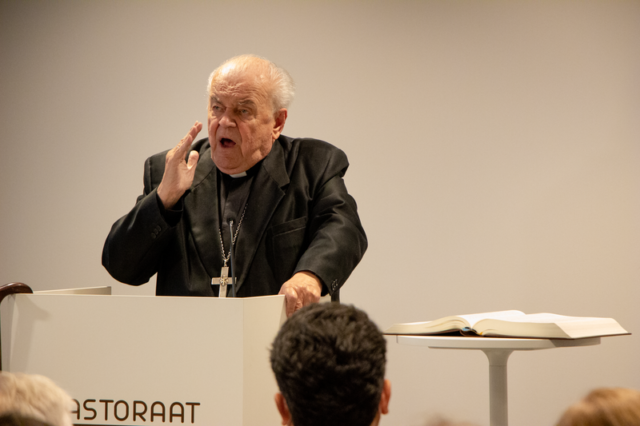 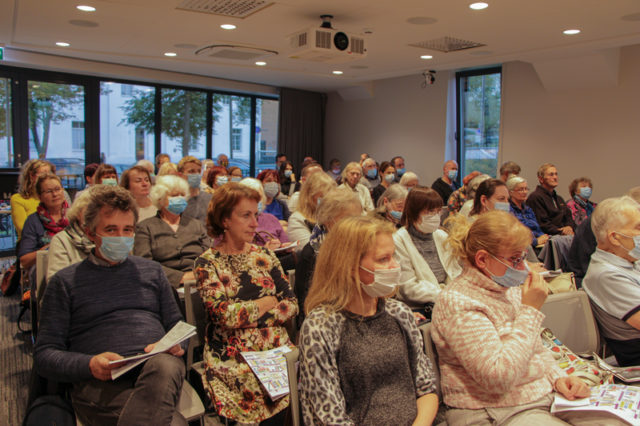 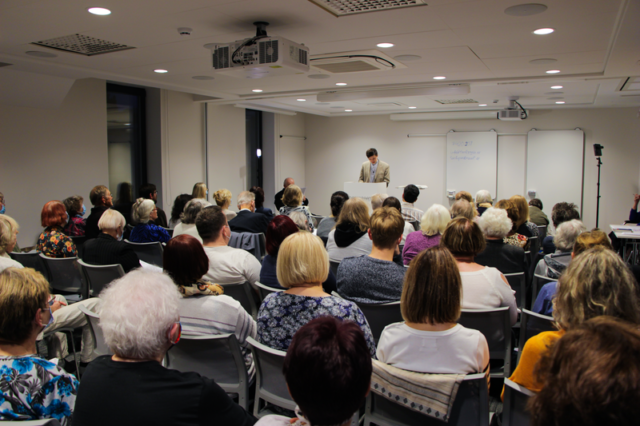